How to file RTI Application for Kerala

Kerala is the Southern State of India. Starting at now, there are as yet various issues tormenting Kerala. viz. power issues, sewerage issues, street transportation, school charge guideline by Government. Sewerage and waste disposal is one of the significant issues that the state faces, aside from awful streets and high transportation charges. Non-regulation of the school charge by the state government, with respect to which there is discontent among the general population.

The Right to Information Act, 2005 is pertinent to all States of India with the exception of the State of Jammu and Kashmir. Nonetheless, each State contrasts as far as execution of the Act and each state has various rules with regards to documenting RTI application. Kerala RTI Rules have been made by the Governor in understanding the provisions of subsection (1) read with sub-section (2) of Section 27 of the Right to Information Act, 2005. To edify yourself with the guidelines executed by Kerala, you can read Kerala RTI Rules 2006. If you wish to practice your Right to Information, follow the means referenced beneath so as to effectively file an RTI Application in Kerala.

Step 1: First of all you need to identify the Department to which you wish to file the RTI Application. There are Various Departments under Kerala Government. List of state government departments are as follows:

Step 2: After identifying the department you can write your query in the form of application in any official language.

Step 3: You should follow the proper format to seek information under the RTI Act 2005.

(Name of the Office with complete address)

Date Signature of the Applicant

Step 4: Address the application to the Public Information Officer of the concerned department.

Step 5: Pay the prescribed fee as per Kerala RTI Rules. You can attach Government RTI Fee in the form of IPO/DD/MO etc. as applicable with the RTI Application.

Step 6: Undersign the application and do not forget to take a photocopy/printout for your future references. At the end of the application make a declaration that you are an Indian citizen.

How does RTI Guru work? 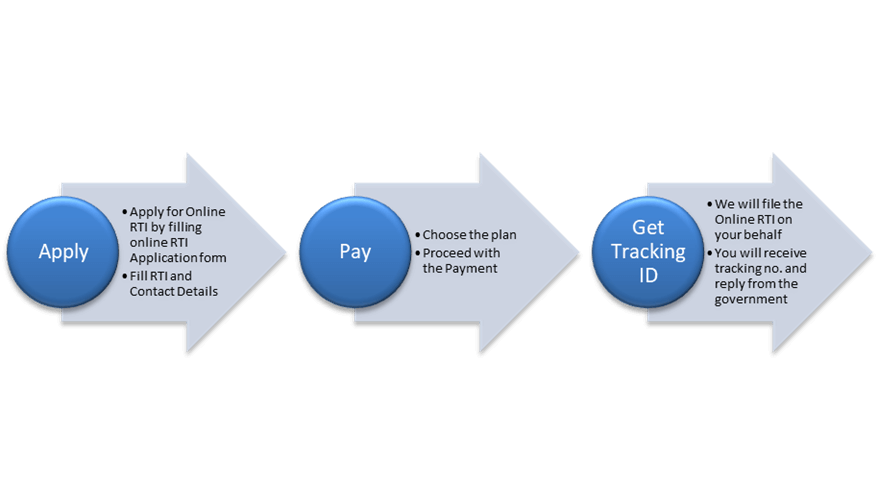 How to file RTI Application in Kerala India?

In the present era, everybody owns a cell phone, and opening a website is simple.

Mode of payment of RTI fee for , kerala

Payment can be made through money against legitimate receipt, demand draft, banker's cheque, IPO (or court fee stamp) payable to the PIO, Or to the capable authority as assigned by the state government.

SOME OTHER RTI ISSUES IN , kerala

RTI to know the Cost of projects undertaken by the MLA and MP: Get information on allocation of funds used by MLA/MP of kerala.

RTI against MLA and MP: File RTI to know the Cost of projects undertaken by the MLA and MP of kerala.

RTI in Government Hospital: File RTI for Health and sanitation in kerala.

RTI for PF return : File an RTI Online to Get The Status of Your EPF Withdrawal or EPF Transfer Request in kerala.